KIA dealership in Hubballi and Belagavi

One of the basic principles that have been ingrained in the entire team of Nagshanti Group is the strong belief in our business ethics and sticking to them even in times of adversities. Our ethics have helped us stay true to our roots and guided us in conquering new summits.

We value our employees as members of our family and we would be with them through thick and thin. The mutual respect has grown over the years which has resulted in employees staying with us for longer periods. The prosperity of our group of companies is, therefore, a direct consequence of the happiness and satisfaction level of two of the most important stakeholders of the group: employees and customers. 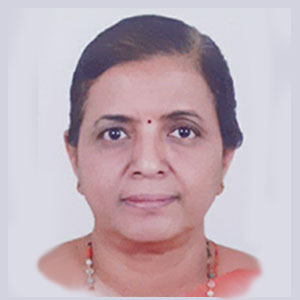 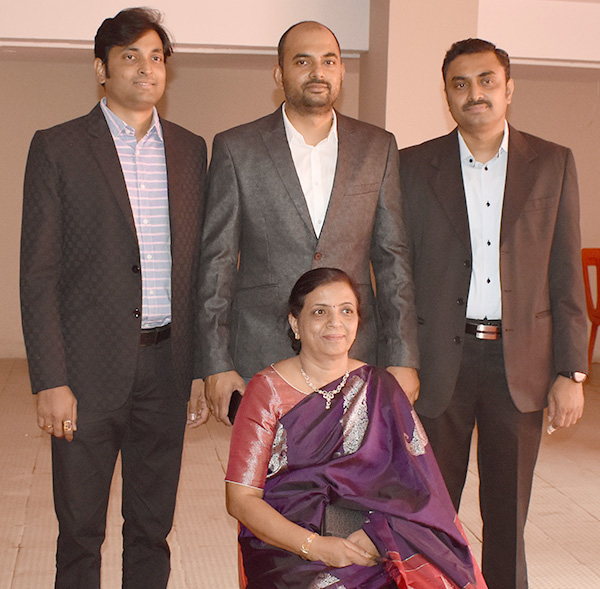 The success of the Nagshanti Group can be attributed to the hardwork and principles laid down by its founders. The group was founded by a visionary and charismatic team led by Smt. Annapurna Sharanappa Agadi along with her children Kiran Agadi (center), Praveen Agadi (right) and Arun Agadi (left)

Great goals start with small steps. The phrase manifests itself in the story of Nagshanti group, from having a single employee to becoming a INR 450+ crore business group.

The group started in the year 1999 on the cusp of the new millennium. Agadi brothers, after finishing their education, set on the journey of creating an enterprise that would not only make Nagshanti Group’s fame grow across the length and breath of the world but would also provide a benchmark for aspiring entrepreneurs from smaller cities and towns to dream and achieve bigger goals.

The group bagged the distributorship for Samsung consumer durables for north west Karnataka in July of 1999. With fresh ideas, a never say die attitude and a solitary employee, the brothers oversaw the revenue increase exponentially from INR 5 lakh/month to INR 50 lakhs/month in a span of 5 months since inception. Within no time, Nagshanti group entered the group of top five distributors for Samsung consumer durables in south India. These remarkable feats of achievements were achieved from a small modest office in Hubballi. In a matter of 17 months, on the back of amazing sales results, they added Philips Audio under the name of the still fledgling group.

The one aspect of the management team of the Nagshanti group that can be seen clearly is that they never rested on their laurels and got complacent for a moment. They kept on expanding their presence. This can be noted by the fact that since including Onida Black and White television in their offering in February of 2001, they were able to rack up the highest sales by volume in a matter of two months. In the month of February 2003, Nagshanti group also received the distributorship of Whirlpool Home Appliances for 7 districts of North Karnataka.

With the advent of mobile telecommunication in India, it was a matter of time before the Nagshanti group made a foray into the telecommunication sector. They became a distributor of Nokia cellular phones for five districts in north west Karnataka. The result was the same with Nokia, they became one of the top two distributors in south India by increasing sales from 200 units/month to 30,000 units/month. Despite the roller coaster ride faced by the mobile brand, Nagshanti group retained the distributorship of Nokia during the crests and the troughs that the mobile phone giant faced in its lifetime.

Success breeds success. After close to 5 years of unprecedented success in the consumer durable space, Nagshanti group planned to invest itself in the automobile sector which was picking up pace as both domestic and international automobile manufacturers began to understand the enormous untapped potential of the young Indian population. In the summer of 2004, Nagshanti group took its first step in becoming one of the most trusted and reliable automobile dealer in the region. Nagshanti Hero was established in North Belagavi. The success of the consumer durable space followed the Nagshanti group in the automotive segment as well. The group bagged its second distributorship of Hero MotoCorp for South Belagavi in the month of February 2020.

The Nagshanti group got the rare recognition of being accredited as the elite dealer for Hyundai Motor Co within 12 months of starting operations for Hyundai in the North Karnataka region. The CSI survey ranked Nagshanti motors at the 2nd spot across the country, a feat achieved by few from tier II cities. Tasting success early in the automotive dealership, Nagshanti group tested the waters in the passenger cars sector by bagging a dealership for Hyundai in March 2007. The brothers were gifted with the Midas touch and were recognised as the top achiever in south India within a year of acquiring the dealership.

Looking at Hyundai’s success in India, another South Korean carmaker wanted to make inroads in the subcontinent after conquering the rest of the world. Kia motors was looking for partners in India to jumpstart its sales in the sedan and hatchback segment. They had to look no further than the Nagshanti group when they had to cover the North Karnataka region. Since joining hands with Nagshanti group, Kia motors is one of the preferred choices of cars for customers from North Karnataka region.

India was, is and for the foreseeable future will be a primary agricultural economy. The new millennium also saw advances in agricultural trade and technology. Nagshanti group started treading steadily in the agricultural sector. The success they found in the consumer durable and the automotive sector led the group to start trading of agro commodities in October 2012. In 2017, the group also ventured into processing of pulses and flour manufacturing. The steady growth led to the group setting up an independent facility for cleaning, grading, sorting and packing of food grains. The facility was complete with a 20,000 square feet warehouse along with state of the art machinery that had an operating capacity of approximately 100 tons/day, a 60 ton weigh-bridge and staff quarters. The facility is used for a variety of food grains.

After years of unprecedented success, the group realigned their goals and thought of focusing and consolidating the automotive dealerships, food grain processing and trading lines of business. The future growth prospects did not seem to favour the retention of the dealership of Nokia and hence the group decided to part ways with Nokia.

Despite touching the skies, the Nagshanti group is well aware of its roots. The group provides assistance to the needy and underprivileged kids in a bid to cover the gap between the haves and have nots. The group has set up a non banking financial corporation in the name of Agadi Souharda Sahakari Niyamita at Belagavi. The group owns windmills and has solar panels installed on rooftop of all their premises. The electricity generated is more than twice the electricity consumed by all the facilities and showrooms of different business verticals put together.